I don't have a reason to be nice or to lobby certain people, so I'd just shoot what I feel. I feel this rat race which we know as the parliament election is just another show. Waste of time and money. I don't think electing anyone will do any good or will improve anything for the common people like me.

The election only holds benefits to the business community and the serving politicians. If you look at the list of some of the candidates you begin to wonder, why the parties will even give a ticket to ride for these individuals. They will not have anything to give back to us politically or being parliamentarians. However the parties brought this people to the front and now are asking us to vote for these people. Then you start to wonder why?.

The way I see it, this is a very simple power game. The opposition parties are looking to win this election so they might have a chance to over throw the existing government. The government is trying their best to stay in power by electing members who will back MDP. This is the game, there is no right and wrong here, or you and me. It comes down to a simple power game. Nothing to do with defending our rights or improving our lives or anything in those lines. For the candidates it's a good offer too, 65k or so a month salary. So why not?

Shame on the political parties too. Recently all they do is to blame each other. Hardly any party comes out and tries to help the public by contributing in a productive way. All they ever do is just play the same old "point" and "blame" game. Maybe this is democracy for them, or the political way. Which by no means benefits anyone in the public. I am getting totally sick of these stuff, as I had hope like many of us for a better future. The present government too is making so many mistakes and hardly have any time to even listen to the concerned people in the public. The total focus in the last few months have been securing seats. All political activists have been transformed to politicians. They sing a new song or don't care anymore.

Next fear I have is that if MDP wins this election they might try to change the system of governance to a parliamentary system. This is something that is totally unacceptable by a lot of us as this gives the business community more power. Even as of now the government is controlled by a lot of influential businessmen. We for sure don't want to see this expand.
Posted by chopey at 10:16 AM 0 comments

Ministry of Islamic Affairs (MoIA) of Maldives has decided to develop and market Internet content filters for countries world wide. This initiative is taken to save the economy and cater to the growing demands by countries like China and Pakistan.

Presently the ministry is actively testing the product in Maldives and are happy with the results. The devices are also embeded with special technology to improve peoples faith (not much details of this is available as of now, as it's in the process of being submitted to the patent office in Maldives).

It is also expected that MoIA will very soon take over the local telecom authority under it's wing along with education ministry.
Posted by chopey at 11:00 AM 1 comments 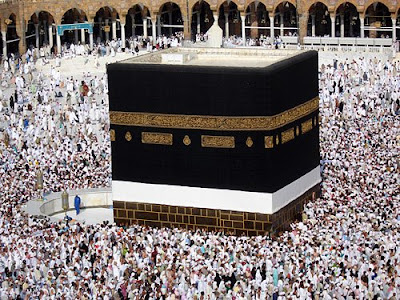 Obviously we all talk about transparency in governance and we all support the idea but do we really understand what transparency all about?. Maybe the definitions may differ, however there is a major difference between outreach and transparency.

We have seen a major flood of outreach during the last presidential elections in 2008 and this continues on. Outreach means governments and other political parties telling us what it wants us to hear. Media plays a major role in this, this is one reason why politicians take so much interest in owning the media. We have seen the media being used and abused too. I don't need to go into details here.

Transparency means giving us the information that we, the citizens, want to get. An ideal government provides both outreach and transparency. Outreach lets officials share their knowledge about what is happening, and it lets them argue for particular policy choices -- both of which are good. Transparency keeps government honest and responsive by helping us know what government is doing.

We have seen a major form of outreach from the government and the opposition during the last 4 years. Technology played a major role here. This is where my interest is. We have seen forms of outreach like Minivan radio, the famous Dhivehi Observer run by Sappe', Fact Maldives, The Maldivian, moving on the YouTube videos and finally even twitter/blogs and mass SMS via GSM networks. These obviously worked and we expect to see more of this in the upcoming parliamentary elections.

Obama administration named Vivek Kundra as the Chief Information Officer of the U.S. President Nasheed 2 days back appointed Mr Ahmed Shafeeq Ibrahim Moosa (DO Sappe'/Kuda Sappe') as the Envoy for Science and Technology. Maybe Sappe' is more like the Chief Technology Officer for the government (the job scope I don't know, never published). I have no clue, but I feel part of the responsibility should be facilitate more transparency in governance via technology. Today technology has become a daily part of our lives. Not everyone carries a TV with them, or a news paper but almost everyone carries a mobile. These are things that the government need to understand and utilize. We need to move away from traditional forms of governance and evolve with the life style and demands of the citizens.

The use of technologies can serve a variety of different ends: better delivery of government services to citizens, improved interactions with business and industry, citizen empowerment through access to information, or more efficient government management. The resulting benefits can be less corruption, increased transparency, greater convenience, revenue growth, and/or cost reductions. It is very important that when decisions on technology are taken, to ensure that we go with the right technologies. We need to break away from vendor driven models and shape our government to be technically competent. It's a shame that for simple things we advertise for consultations and RFP's. This for me shows that the government is not capable of supporting and developing the basic infrastructures when we have heavily invested on them.

Today the world is moving toward a Internet-enabled government transparency model. Presenting important government information to citizens is one area. This is done via simple web sites with content management systems but today we need to move beyond this. We need to evolve to models like where government needs to provide reusable data, rather than providing websites, as the core of its online publishing responsibility. The focus should be on creating a simple, reliable and publicly accessible infrastructure that exposes the underlying data. Private actors, either nonprofit or commercial, are better suited to deliver government information to citizens and can constantly create and reshape the tools individuals use to find and leverage public data. The best way to ensure that the government allows private parties to compete on equal terms in the provision of government data is to require that ministry websites themselves use the same open systems for accessing the underlying data as they make available to the public at large.

Maybe my definition of transparency is very different or more on the technical side then political. I think it's practically right to conclude that in some areas like ICT many things are inherently more difficult to do inside of government. The best approach would be for the government to open/enable a marketplace for ideas in the private sector and from individuals.
Posted by chopey at 10:49 AM 0 comments